This post is in response to a wonderful article entitled “Are Some Humans Born to Bully? Born to be Victims? Can it be Changed?” by Kristen Lamb.  If you’ve ever been bullied and/or have ever done the bullying, you will want to read this article and the article preceding it:  “Brave New Bullying: Goodreads Gangs, Amazon Attacks—What Are Writers to Do?“

FROM PERSONAL EXPERIENCE, I know how some bullies are created…by being bullied by others. To my great shame, this was my reaction when I was bullied by an older girl at school (Grade 8). Every time she saw me, she would point at me and laugh and make loud unkind comments about me to her cohorts.

This devastated me, as my psyche at the time was fragile. I had no idea how to handle it. I had long been taught by my alcoholic parents that you never snitched on people. You got even. I didn’t know how to get even, so I transferred my pain and frustration onto a younger girl at the same school. She even cried when I bullied her, following Rosalie’s cruel pattern.

At first, I thought it was satisfying. Every time Rosalie bullied ME, I would say to myself, oh boy is Joyce going to get it later. And she would. I felt like I had some recourse and kidded myself that it felt good.

But it didn’t. As time went on, it felt more and more ugly, until I couldn’t stand it anymore. I decided that, no matter what Rosalie did to me, I wouldn’t pass it on to Joyce anymore. I walked over to the younger girl to tell her. She shrank from me and started crying before I even opened my mouth. That’s when the full extent of what I had done to her exploded in my heart. I started crying, too. Joyce was so astonished that she stopped crying and regarded me with wide eyes.

I told her the whole story. By the end of it, she was so indignant that she wanted to try to protect ME, which made me more ashamed than ever. I turned down her brave offer, since I knew that Rosalie would make mincemeat out of her. I’d like to say that Joyce and I became firm friends after that, but it didn’t happen. We remained friendly and would chat now and then, but true friendship was not in the cards for us.

However, Rosalie was another matter. She continued to make my life a living hell, and I got angrier and angrier. One of the things I was really good at in life was the knowledge and use of the English language. I never thought of it as a defense, though, until Rosalie came into my life. Finally, unable to stand the torment any longer, I unleashed my skill with English at her.

At first she tried to shout me down, along with a couple of her cohorts, but I was determined and I have a really loud voice when I become emotional. I was emotional that day…but cool enough to keep my head. It came to a point where Rosalie and her friends were so surprised that I was fighting back that they became silent and listened to what I was saying. I was pointing out, in well-considered and polished language, all the errors in their statements . They didn’t know the meaning of a lot of the words, nor did they seem to understand the concepts.

It ended up confusing them, and they sort of drifted away…while I was still talking. I grinned to myself. That felt much better than transferring my pain to someone else. When I told Joyce later, she cheered, then admitted if she ever met someone like me again, she would try her own considerable English skills, instead of crumbling into a soggy, miserable heap. I do believe, in that moment, I repaid her for all the pain I had caused.

I’m not sure what it means, but that was the last time I was ever bullied by anyone (that I recognized as bullying). It was definitely the last time I ever knowingly bullied anyone else.  Thus, so far no one has bullied my blog posts, my published books and stories, or my newspaper articles.  I hope it stays that way.

You might wonder what a true story about a dog is doing in a fantasy fiction site. No, it’s not because this is a fantasy and didn’t happen. It did. Fact is, I LOVED this story when I read it on fellow blogger Barb Taylor’s Passionate About Pets site. It brought home the fact that pet shelters do so much for pets abandoned or mistreated or abused or lost. These shelters truly deserve our full support.

Anyhow, I wanted to reblog this for my weekly column with my hometown’s online newspaper. I asked for and received permission from Barb to reblog it, then asked for and received permission from my editor to use it for my March 25th column. I wanted to test it on my blog here, to make it easy for my editor to post it, since he was smart enough to use WordPress to carry his newspaper (EsterhazyOnline.com).

I had no idea it would publish it right away…I thought it would go to draft like a regular post does. Long story short, it did publish right away. I didn’t want to be so rude as to delete it, since that act would show up on Barb’s site and possibly lead people to believe that I didn’t like the story after all. So far from the truth. Anyhow, this is now a special treat for my Fantasyfic readers. Don’t blame me…blame the reading treats fairies.

“Author Rights and Responsibilities” by Rachelle Gardner was originally published on RachelleGardner.com

This article was reblogged from Rachelle Gardner’s blog. I am a big fan of this blog, which is dedicated to providing information for writers and thought that you all would enjoy this particular article. Rachelle is a literary agent with Books and Such Literary Agency based in California. She works at the foot of the Rocky Mountains in Colorado and describes herself as a voracious reader, a mom, a firefighter’s wife, and a huge fan of Starbucks. I wrote Rachelle and asked her if I could reblog the article; she kindly obliged.

I believe that as an author, you can expect certain rights when it comes to dealing with agents and publishers. I also believe that rights come with responsibilities. Here are a few that come to mind:

1. You have the right to decide whether or not to seek agency representation, and which type of publishing to pursue.
→You have the responsibility to educate yourself about your options.

2. You have the right to fair and ethical representation from your agent.
→You have the responsibility to make sure you understand the terms of your Agency Agreement.

4. You have the right to know which publishers your work is sent to, and what their responses are.
→ You have the responsibility to trust your agent’s choices in this regard, and to ask questions when you don’t understand or disagree.

5. You have the right to make decisions about your work, with or without the input of your agent.
→ You have the responsibility to discuss those choices with your agent, keeping him/her informed so they can properly represent you.

6. You have the right to be paid in a timely manner.
→ You have the responsibility to understand when your payments are due according to your contract.

8. You have the right to end your relationship with your agent.
→ You have the responsibility to understand your Agency Agreement and the terms for termination.

9. You have the right to a fair publishing contract that doesn’t unreasonably tie up your rights or keep you from profiting from your ideas or speaking engagements.
→ You have the responsibility to understand all terms of anything you sign.

11. You have a right to a reversion of rights when the book has been declared out of print according to the terms of the contract.
→ You have the responsibility to request reversion of rights from your publisher at the appropriate time (in consultation with your agent).

12. You have the right to communication from your publisher regarding schedules, editorial, cover design, and marketing.
→ You have the responsibility to ask questions when you don’t know what’s going on.

Do you agree with these? What other rights and responsibilities can you think of?

O Christmas Tree is a traditional German Carol. The author of the lyrics is unknown, as is the composer of the music. The tradition of bringing a tree inside and decorating it with candy, baubles and bells was started in the nineteenth century and is immortalized in the carol O Christmas Tree.

Below is a picture of the Christmas tree outside our front deck.  My hubby and I both love this pic and want to share it with you, along with our Christmas wishes for a blessed day, followed by an outstanding new year.

A tree born to be a natural Christmas tree. Photo by Ernest Kirchman.

How to Whistle without Spitting 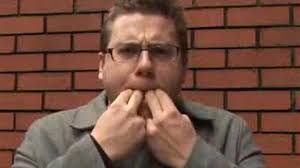 For years, nay decades, I had wanted to be able to whistle like the boys did, using just two fingers held in some mysterious fashion to the mouth.  I tried…oh how I tried!…but all I managed to do was spit down one arm to the elbow.  In soggy despair, I gave up.  Then along came my son, all growed up, who offered to teach me.  To my happy surprise, he was a good teacher, and, before long, I was tweetering along with the best of them (not to be confused with tweeting which does require fingers but no lips or spit).

When I bragged about this ability in a reply to a bloggist friend’s post, she shared her own wish of many years that she could perform that exact same whistle.  She asked me to post a blow-by-blow description of how to do it.  So…this is for Huffygirl…and for anyone else who has always had a secret desire to whistle without spitting.

2. Put an index finger into each side of your mouth, with the tip of the finger resting on the bottom part of the tongue just where the curl starts.

3. Close your mouth snugly over your fingers.

4. Blow wind through the space made by your fingers and the underside of your tongue.  Think of blowing into a bottle to make a whistling sound.  This is sort of the same way you need to blow through your mouth/fingers/under the tongue.

5. It might take a little practice, but this is definitely the way to do it.  You might want to do it in the bathroom with the door closed…for two reasons.  One, it might help you to watch how you are placing your fingers in the mirror.  Two, you do look kind of dumb standing there spitting down your elbow until you get it.

6. Don’t give up.  It will work.  You will feel so triumphant when it does.  Then you will drive your dog, cat, grandchildren and husband nuts while you go around tootling off-key.

P.S It occurred to me that You Tube might have something helpful, and, of course, it did.  Have a look at this video, remembering that I wrote the above instructions before I looked at this video.